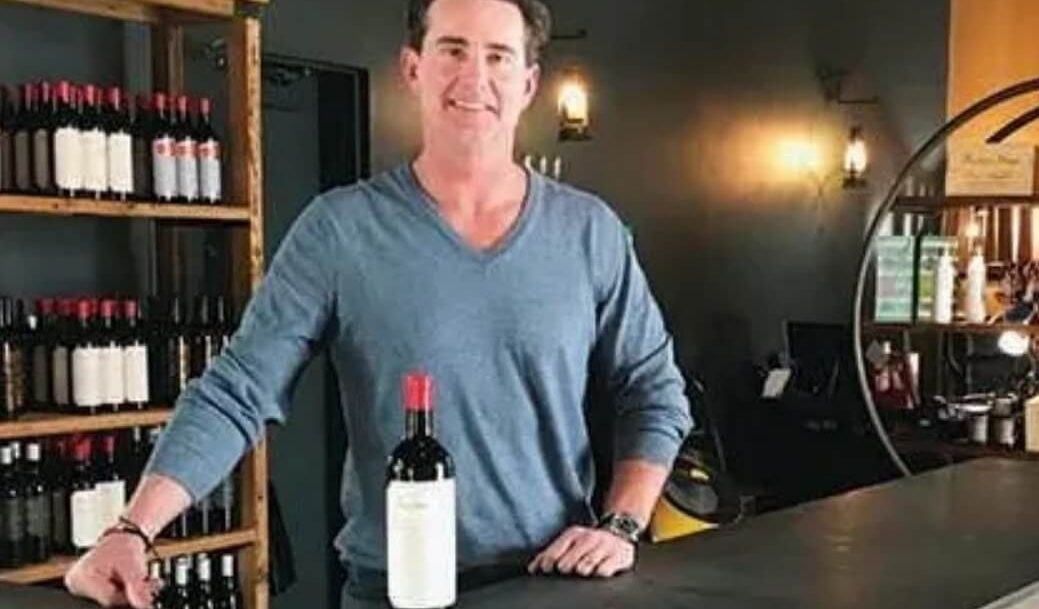 For the first time in Wine Enthusiast magazine’s 30 years of ranking the World’s Top 100 wines, a wine from Paso Robles made the Top 10.

Austin Hope 2017 Cabernet Sauvignon is No. 10 in the magazine’s 2019 ratings. Hope Family Wines president and winemaker Austin Hope said when I met him at the winery’s tasting cellar that the ranking is extremely gratifying and humbling, and he couldn’t be prouder of the Paso Robles region. “It’s been becoming more and more on the world stage,” he said, “but this really solidified how Paso is a world class winemaking region.”

His family started farming wine grapes in Paso Robles in 1978 and began producing their own wines in 1996. “And so, for us it’s our life passion and drive, and everything we’ve strived to do is to make Paso be a worldwide name,” he said.

Two wines from Santa Barbara County are in the magazine’s Top 100. Holus Bolus 2017 Presqui’le Vineyard Syrah, produced by a boutique winery in Lompoc’s Wine Ghetto, is No. 21. Margerum Wine Co.’s 2018 Sybarite sauvignon blanc from Happy Canyon of Santa Barbara is No. 60.

Hope said the namesake cabernet sauvignon was a seven-year project that made its debut in 2015. The 2017 cabernet is sourced from highly targeted vineyard blocks in five of Paso Robles’ 11 sub-AVAs, or American Viticultural Areas.

“Each one of these sub-AVAs will grow cabernet that will taste different,” Hope said. “So, for example, the El Pomar will have more acidity and more tannin when it’s done properly. And the Estrella and Geneseo areas will have not quite as much tannin and they’ll have more fruit driven qualities.”

The choice of blocks within vineyards for the project was very soil-driven and temperature-driven, he said. Exposure to the sun was important. In a sub-AVA that gets hotter, they chose north-facing blocks that get less heat accumulation. In a cooler area like El Pomar, they selected blocks on south-facing slopes to get a little more heat over the season.

The goal was to create the standard for luxury cabernet in Paso Robles, Hope said. It’s priced at $50 to $60 but is comparable to a $100 to $200 wine according to benchmarks they’ve studied, he said.

“One of the biggest things that really excites us is to be able to over-deliver to a customer. I think it’s so important,” he said. “Consumers are able to, whether it be a $15 bottle of Liberty School (their high volume label) or a $60 bottle of Austin Hope, they should feel like they’ve got a value.”

Wines from Top 100 lists are often sold out by the time of publication, but the Austin Hope cabernet is available in 50 states, at the winery and in many restaurants, Hope said, with production at around 20,000 cases.

Hope Family Wines has a family of labels that includes Liberty School, Treana, Troublemaker, Quest and Austin Hope. Their estate vineyard in the Templeton Gap AVA is planted with 40 acres of Rhone grapes, but their sources go far beyond that. They have contracts with 50 growers for blocks they chose, all of them certified sustainable. The winery’s in-house team supervises the farming.

Liberty School is their longstanding volume brand of cabernet sauvignon with production of 160,000 cases. Treana is their mid-price label at $25 to $30 a bottle. Hope said his family was one of the first in California to make an unconventional red blend of cabernet and syrah with their 1998 release of Treana Red. The Treana line of 35,000 cases today also includes the white blend Treana Blanc, a cabernet sauvignon and a chardonnay.

Troublemaker is an unconventional blend of syrah, grenache, mourvedre, petite sirah and zinfandel that it launched before red blends became hot, Hope said. Quest is a newer label that showcases Paso’s Bordeaux varieties in a blend and it’s their only wine to use all American oak for a distinctive flavor profile.

Austin Hope’s father and mentor, Chuck Hope, is one of the founders of the Paso Robles Vintners’ and Growers’ Association. Austin has followed that example with years of service on the board of the Paso Robles Wine Country Alliance. He has been chair, vice chair and is currently finishing the year as secretary. In January, he was recognized as Paso Robles Wine Industry Person of the Year at its annual gathering.

Hope said his philosophy is to support the region with the same enthusiasm as promoting his own wines.